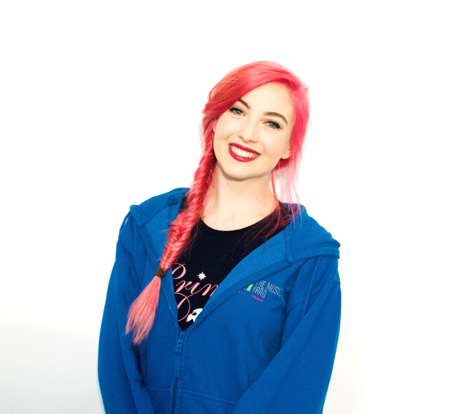 My name is Elaine Dubbelaar, I graduated from Queen’s University Belfast in June 2017 with a 2:1 Honours Degree in Drama.

I have a passion for Musical Theatre and have been involved in Musical Theatre for years, I appeared in various productions including a three month run of Cahoots NI’s The Family Hoffman’s Christmas Mystery Palace, in the Mac Theatre (2015) and Oh! What a Lovely War in Belfast.

At Queen’s I sang first soprano in the Chamber Choir and was a member of the Musical Theatre Society performing countless flash mobs around Belfast and singing some of my favourite songs on stage, including Phantom of the Opera, Les Miserables, West Side Story, and many Disney songs. It was an honour to perform I Feel Pretty (West Side Story) for the Chancellor at the Queen’s University Charter Ball in the Great Hall in 2016.